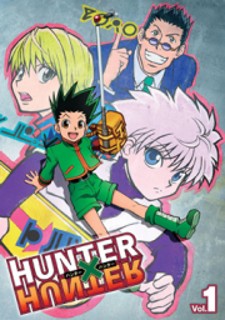 Everyone has their own personal taste when it comes to a favorite manga, and there's no question that the "old school" manga of a few decades ago not only have their strong original following but the modern growth in animation of all types over the past decade and change have added droves of new followers to even many of these old school manga. Hunter x Hunter is a special style of Japanese manga by Yoshihiro Togashi. This manga has a strong history and unlike many other manga that started in the late 1990s, it still is in active publication.

A Brief History
In fact, part of the reason you can read Hunter x Hunter manga online is because the history proves how popular this particular series is. Few series have had the lasting power of this manga and because of that, it's still popular and easy to find online.

Togashi's Hunter manga has appeared as a serial series in a magazine called "Weekly Shonen Jump" since early March in 1998. The stories showed up consistently for 8 years until 2006. The story has continued since then, although there would be lengthy hiatuses here and there so it was no longer a weekly release. While this means the stories continue to expand, as of December of 2012 there were 340 chapters of Hunter x Hunter. When split up, this still leads to an amazing 32 volumes of manga content.

The Basic Story
While obviously this will be an oversimplification of the plot (it's not really possible to succinctly list a 200 word plot summary of a 32 volume manga), this story stars with a main character who is a boy named Gon Freecss. He originally thought his father was dead but found out this was a lie and his father was actually alive and a hunter famous throughout the world.

Whether it was hunting down treasure, dangerous outlaws on the loose, rare animals, or lost civilizations, there were plenty of adventures available to go on. This led to Gon pursuing his father and looking to follow in those famous footsteps by going on major adventures of his own. After all, the hunting genes run in the family.

Continuing On
The story obviously continues on through Gon's transformation from a complete green newbie to an experienced hunter who finds his father and continues to grow and adapt from there. The fact that the series continues strong after so many years shows that the formula still holds strong and has many loyal readers eager to see what the next adventure or series of adventures will be.

In Conclusion
You have many different options when you are looking to read Hunter x Hunter manga. You can actually buy the old issues, check them out from some libraries that have manga collections, or even look around online for one of the many websites that offer issues of Hunter x Hunter online for your enjoyment. Take a look at your options to see which one works best for you.