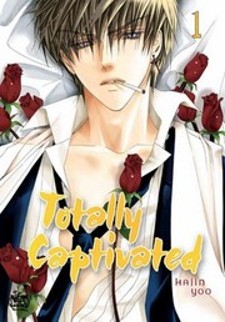 "I'm pretty sure that the downfall of humans can be completely attributed to their curiosity", such is Ewon Jung's philosophy. Because of his curiosity and his "affectionate nature", Ewon somehow finds himself, after cheating one time too many on Jiho, dumped and threatened into working as a caretaker for Jiho's new boyfriend, Mookyul... who just so happens to be a Mafia Boss. And it is just the beginning of Ewon's troubles. Between Jiho, who still burns at Ewon's infidelity, and Mookyul, gang-leader with movie star good looks who starts to take a keen interest in him, Ewon slowly gets entangled in a net more intricate than that of the dangerous underworld, how will he survive it?
Read manga in spanish
Chapters
Top genres
romance 1591comedy 1438shounen 1097shoujo 1095action 1089school life 943drama 940seinen 784fantasy 781supernatural 752adventure 485slice of life 471sci-fi 341mystery 336historical 250horror 211josei 182psychological 173sports 143tragedy 138