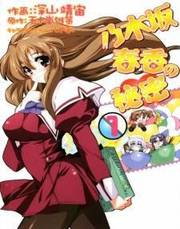 The main character, Ayase Yuuto is your average boy without any special traits. He attends a private high school where he is one of the many and doesn't stand out, until, one day, he happens to discover the secret of the school princess Nogizaka Haruka, and his life changes drastically from there on. Haruka, the school's most unattainable girl, is so idolized in the school for both, her looks and intelligence, that her classmates nickname her Nuit Étoile (The Silver Star of the Night) and Lumière du Clavier (The Shining Princess on the Piano). However, nobody knows that it is only a fake role she assumes to hide her true nature. In reality she is a die-hard fan of anime, manga, and otaku culture.
Chapters
Top genres
romance 1591comedy 1438shounen 1097shoujo 1095action 1089school life 943drama 940seinen 784fantasy 781supernatural 752adventure 485slice of life 471sci-fi 341mystery 336historical 250horror 211josei 182psychological 173sports 143tragedy 138