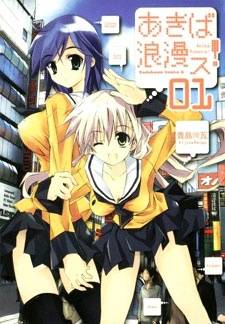 Closet otaku and school idol 16 year old Aiba Hina announces right at the start that she is going to quit being an otaku, but apparently she was going to stop being otaku because a manga character said he hates otaku. Fujoshi power max! She tries to sell all her most precious otaku collections at I-books at Radio Kaikan 3F, but ends up getting seen by a classmate who was working there part-time at the register. In order to hide her identity as an otaku she decides that the only way to salvage the situation is to assassinate the classmate who saw her in the store!? I don’t know how you end up with the conclusion that it’s better to get the guy as a boyfriend so he doesn’t let the secret out! And that’s the end of the first chapter of the otaku love comedy story. (Source: Mangaupdates)