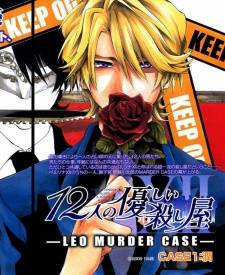 Seducing the guests to make them pay the most, that is the job of a host. Takashi, currently the No. 1 host, is an apparent professional when it comes to being a host. One evening Takashi is bought off by a special guest and Takashi is obliged to follow her to the after part of the night. However, Takashi overhears a young girl screaming for help, and he declines his obligation to help the girl. Takashi asks why she is alone, and the girl replies saying that she seeks revenge on a guy who killed her older brother. As Takashi lets her sleep at his friend\\\'s home, he suddenly appears in a mysterious meeting among 12 people, the Persona XII, where their supposed next target is the man who the girl is seeking to kill. This is the moment where we witness Takashi s destiny becoming the hitman of this mission take flight!